A look at the LOCAL AREA

The stretch of coastline between Marina di Gairo and Cardedu is one of Sardinia’s most varied and dramatic areas of scenery, allowing visitors to experience a gratifying mixture of mountain and coastal tourism, alternating long walks on beaches of the finest sand with adventurous treks inland, bathing in emerald green natural pools and canyoning in mountain streams.

Coccorrocci occupies a privileged position n the midst of this landscape and environment, which in an area of just a few kilometres offers a multitude of habitats in terms of geology, scenery, vegetation and human settlements. .
The tourist opportunities of this area are unique in the island, and allow visitors the certainty of encountering natural landscapes and habitats which to a large extent are still virgin territory, and certainly away from the beaten tracks of mass tourism. In this respect this area differs from other Sardinian destinations which may be equally wild and beautiful, but which have been known and visited for decades by large numbers of tourists.

The experience of a stay at Camping Coccorrocci is like a voyage back in time, catapulted into a Sardinia crystallised in a past we’d like to last forever: beaches without property speculation nearby, endless horizons of sand and rock, mountainsides still green with Mediterranean maquis and streams clean enough for swimming. 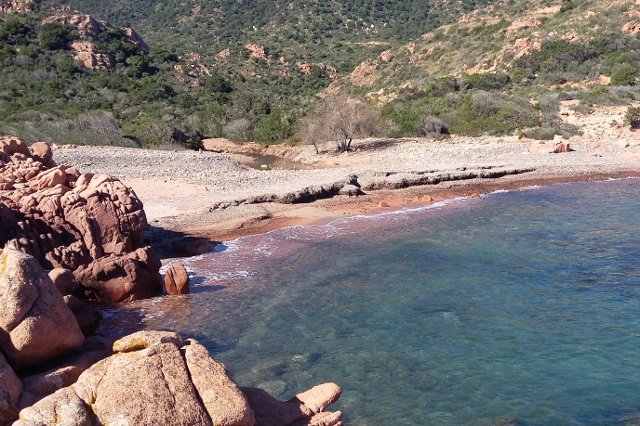 No sooner have you arrived at Coccorrocci than your exploring can begin, with a stroll to the small inlets in the coast to the north of Coccorrocci.

The route north from the campsite winds through veritable sculptures of red porphyry - a rock moulded by nature over millions of years - which at first sight may resemble petrified prehistoric creatures, shipwrecks or fantastical architecture.

The whole place is an alternation of gentle curves and brute force, rough and moulded forms, warm deep shades of red that dive into the emerald water.
It’s up to you whether you explore this spectacle from above, on foot, or from the sea in a kayak, making your tiny, astonished way among the magnificence of these granite fjords, or even from the different and special viewpoint offered by snorkeling.

Still going north from Coccorrocci, the beach of Cala ‘e Luas comes timidly into view as you pass the promontory of Punta Cartucceddu.
This delightful cove is at the outlet of a small canyon, carved by a stream which winds turbulently through the mountains, creating incredibly picturesque landscapes punctuated here and there by the yellow of broom and spurge, called “lua” in Sardinian dialect. Juniper trees suspended over the sea, myrtles and strawberry trees will surely make your coastal walk an unforgettable visual and olfactory experience as you are enveloped by scents and colours that only Mediterranean maquis can provide. 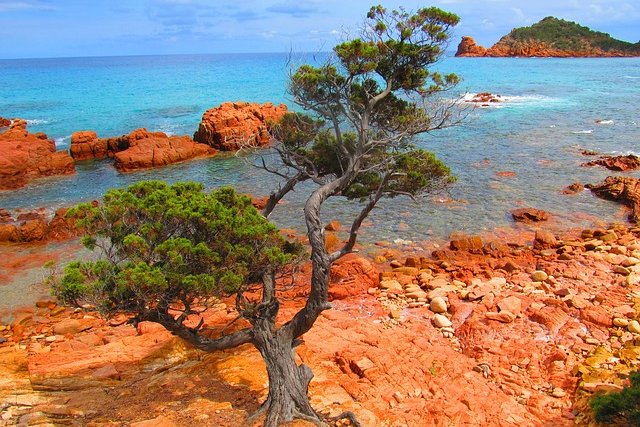 Continuing north towards Marina di Gairo, you come to the beach of “Su Sirboni”, whose name - meaning “the wild boar” is a picturesque evocation of the wild and luxuriant surroundings you suddenly find yourselves in.

With its pale, slightly amber-coloured sand interspersed with porphyry pebbles, in the past the beach was often visited by these shy animals, and it was not uncommon to come across them here early in the morning or at dusk.

Today this small corner of paradise, nestled between its shapely red rocks, is frequented and much-loved by nature-lovers and sports enthusiasts, particularly those keen on sailing, who find a treat here in a pleasant breeze that’s ideal for kitesurfing and windsurfing. 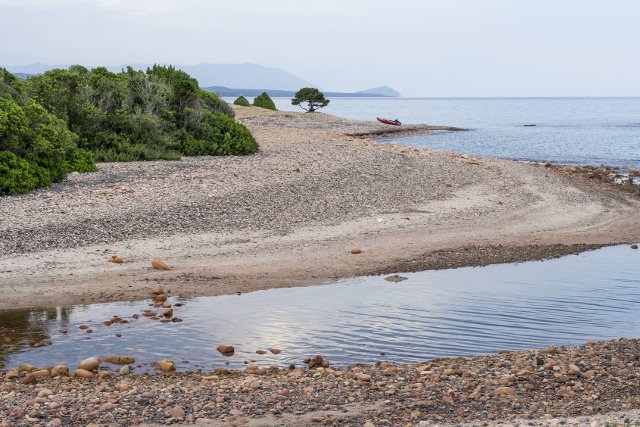 Beyond the beach of su Sirboni, the coastal route continues to meander through similar scenery, but which will keep surprising you with the variety of views, the constant succession of pools of still water, green or blue according to their depth, calm in the breeze and inviting you for a refreshing dip.

The inland landscape suddenly opens up into canyons carved by watercourses, the Lispedda river being one of the largest of them. Its outlet forms a delightful beach, also known as “su mare dividiu” (the divided sea), because of the water that runs into the sea, giving the impression of two separate beaches to either side. 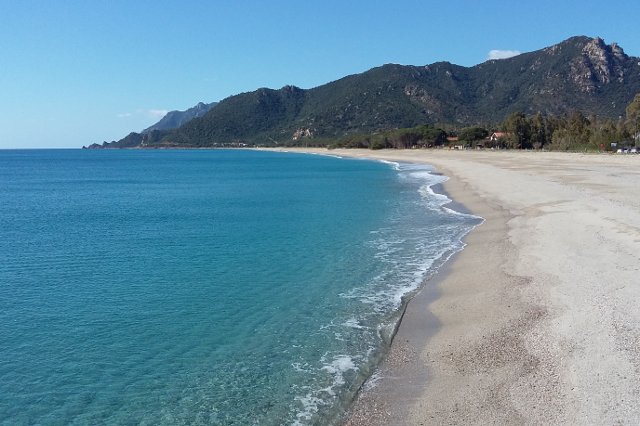 Continuing northwards, the fragmented and multiform rocky scenery changes once again, broadening its horizons so that the eye becomes accustomed to new distances. Following the lovely beach along the coast towards Cardedu, you come to the resort of Perd’e Pera, with the beach of the same name: a stretch of white sand kilometres long, bordered to the north by a splendid pine forest.

This is the perfect beach for galloping on horseback, or to lose yourself in the solitude of a Mediterranean desert, running along the water’s edge to savour the feeling of sand underfoot, the tide behind you erasing an endless wake of footprints.

The beach continues uninterrupted for about two kilometres, overlooked by an astonishing nuraghe or megalithic edifice, testimony to ancient Sardinian civilisation. Arriving at the small pier that marks the northern end of the beach, you realise that just beyond a new expanse of sand begins, this one known as Museddu.
This continues for the next seven kilometres to the Tower of Barì, in northern Ogliastra. 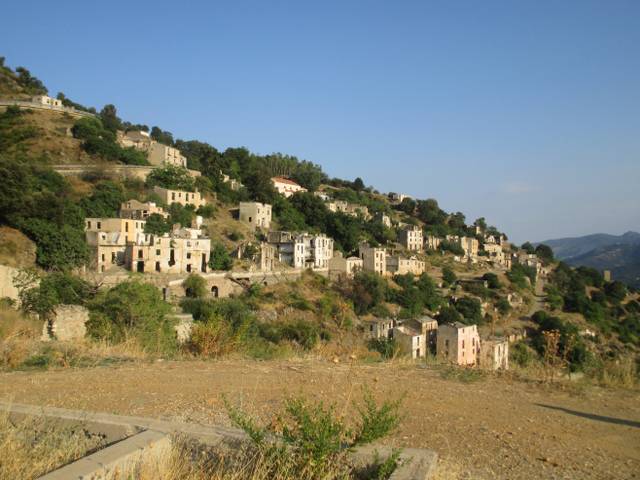 The inland area around Camping Coccorrocci undoubtedly deserves the same attention as the coast, with a wealth of natural, archaeological and scenic surprises.

The beach of Coccorrocci, in front of the campsite, is bordered to the north by cliffs of red porphyry, finishing with the Capo d'Asta headland, and to the south by the imposing Mount Ferru, whose steep slopes conceal some fascinating places. 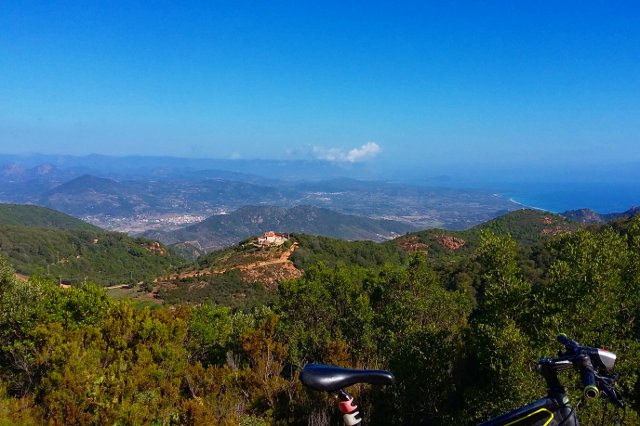 Monte Ferru and the Pools

This fascinating natural area is classified as a site of community interest. A trip to Mount Ferru should not neglect a visit to a true natural monument, known as “s’arrocca istampada”. In the magnificent landscape on the eastern slopes of Punta Cartucceddu, as you climb higher and the view below grows increasingly spectacular, the extraordinary scenery is suddenly framed by a rock carved, incredibly, by Mother Nature.

The view is breathtaking: Capo Sferracavallo and further south Tesonis and the beach of Foxi Manna; to the north the contrasting shades of Coccorrocci beach and the red of the porphyry cliffs enclose the horizon in a fabulous combination of colours. 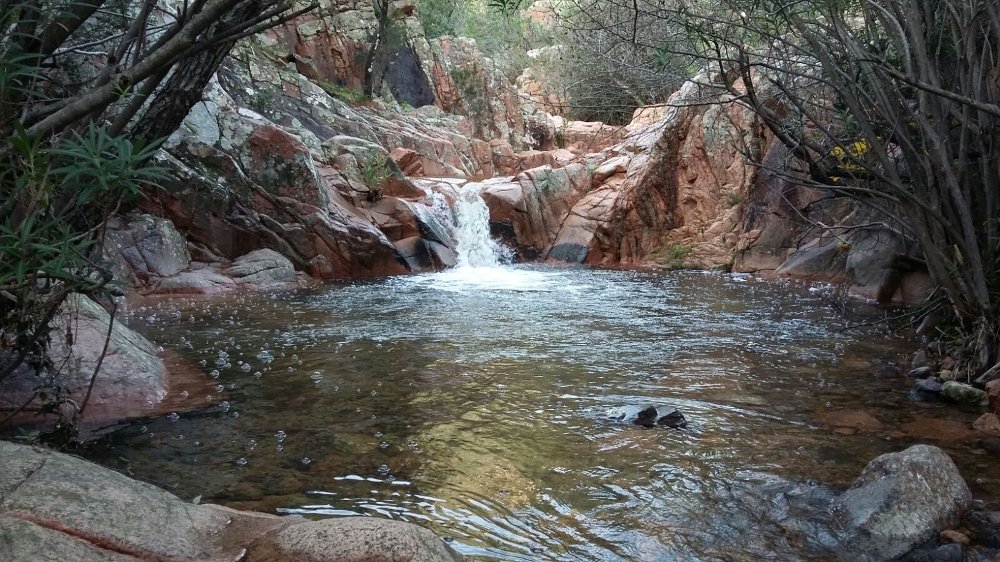 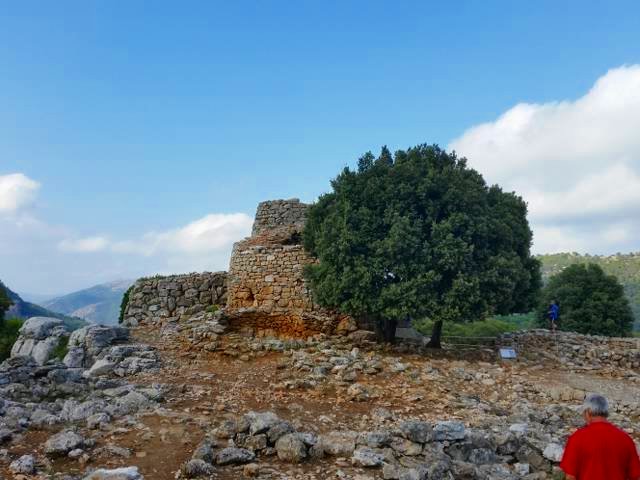 The Ogliastra area is home to some extremely ancient archaeological sites dating back to the neolithic era, including important monuments ranging from Mediterranean megaliths to Roman settlements, via the Nuragic civilisation of the Bronze Age.

The area surrounding Camping Coccorrocci is no exception, and a brief excursion will show you signs of ancient life, traces of man’s adoration of a land which in prehistory was considered a deity, Mother Earth, to be worshipped and symbolically nourished by the placing of stone slabs: menhirs. Not many people know it, but at Museddu beach near Coccorrocci, there’s an extraordinary line of menhirs, witnesses of ancestral cults which linked humans to the heavens and the earth. ​

Also near Coccorrocci, it’s not difficult to find nuraghi and remains of the settlements of the greatest European civilisation during the Bronze Age, which left something like 6000 stone towers in Sardinia. The most important of these include the Domus de Janas on Mount Arista, difficult to spot but certainly impressive up close. 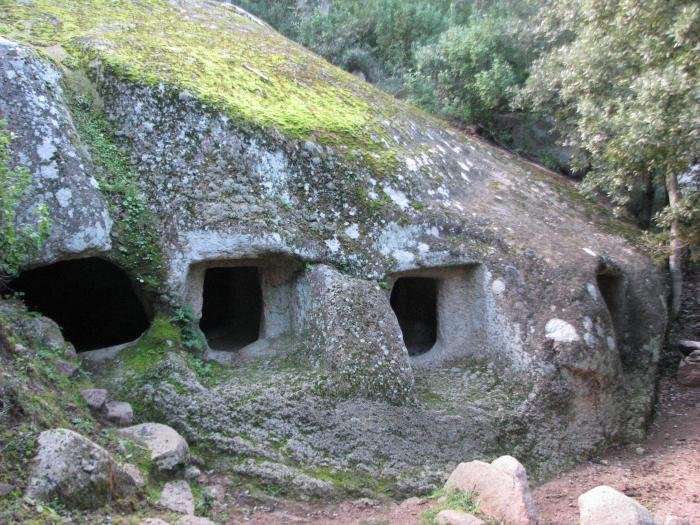 One of the reasons for choosing us

When we talk about Coccorrocci it's hard to separate the beach from the campsite. In fact our site is located a stone's throw from the bay of the same name, which offers you a unique kind of relaxation, surrounded by the enchanting scenery of one of Sardinia's most beautiful places.